Review, Guest Post, and Giveaway: Vanished Without a Trace by Sarah Hamaker 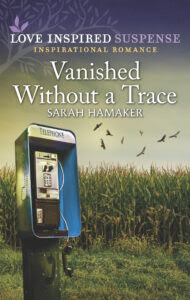 Book: Vanished Without a Trace

A missing person case. A new clue. And a fight for survival.

After nine years searching for his missing sister, attorney Henderson Parker uncovers a clue that leads him to Twin Oaks, Virginia—and podcaster Elle Updike investigating the case. Partnering with the journalist is the last thing Henderson wants, until mysterious thugs make multiple attacks on both their lives. Now they’ll have to trust each other…before the suspected kidnappers make them disappear for good.

Henderson Parker's life was devastated nine years ago when his sister, Helena, disappeared seemingly without a trace. He has never given up hope on finding her alive and bringing her back home to their mother. In a random newspaper clipping, he sees a picture that he believes is his sister, so he goes to Twin Oaks, VA to locate her. What he doesn't expect is the vehemence of someone or someones that are intent on him not doing just that.

Elle Updike is a podcast journalist who has been fascinated by Helena's disappearance and wants not only a story but wants very much to help this family locate their loved one. Elle just so happens to be in Twin Oaks as well. However, Henderson does not care much for the nosy investigator. He believes she just wants to exploit his sister's poor decisions. That is not Elle's intent at all. And when both Henderson and Elle are attacked on multiple occasions, Henderson sees that he must make a truce with Elle if they are going to find out what happened to Helena and survive whoever is intent on harming them.

I can't imagine the disappearance of a loved one and the never knowing what truly happened. This was a scary story in some part because of just that scenario. Elle and Henderson stepped into a very dangerous situation without even knowing and the evil didn't care if they lived or died. This story was a bit creepy, and the situation was true to life. We must be careful who we keep as so-called friends.

Sarah Hamaker loves writing books “where the hero and heroine fall in love while running for their lives.” She’s written romantic suspense novels and nonfiction books, as well as stories in Chicken Soup for the Soul volumes. As a writers coach, her heart is encouraging writers. She’s a member of ACFW; ACFW Virginia Chapter; and Faith, Hope and Love, as well as the president of Capital Christian Writers Fellowship. Her podcast, “The Romantic Side of Suspense,” can be found wherever you listen to podcasts. Sarah lives in Virginia with her husband, four teenagers, a preschool foster child and three cats. Visit her online at sarahhamakerfiction.com.

As a podcaster myself, I’ve listened to many true crime podcasts, such as “Up and Vanished” and “Accused,” so when I was thinking about the plot for Vanished Without a Trace, I decided to have my heroine be a true crime podcaster investigating cold missing persons cases. I also am fascinated by unsolved mysteries, probably because I love history, and have a strong sense of justice—I want those who commit crimes to be caught. Of course, as a Christian, I do rest in the assurance of God as the ultimate and only truly righteous Judge, but I do find myself rooting for cold cases to be solved and criminals brought to justice. Thus the book combines my two of my interests—cold cases and true crime.

Personally, I can’t imagine anything more difficult than to have a loved one go missing and never be found or heard from again. The uncertainty of their fate must weigh very heavily on the family members left behind. I wanted to capture some of that with Henderson’s strong desire to find his missing sister, Helena, and reunite her with their mother. He’s seen how much Helena’s absence has taken a toll on their mother’s health and mental well-being, and when he has a chance to chase down the first real lead in years, he jumps at it.

Elle’s motives are no less personal than Henderson’s—her own heart aches for these grieving families. Having distant parents, she wants to help families heal by discovering what happened to a loved one if possible. But Henderson doesn’t trust her motives and the two clash more often than not over her podcast.

I hope you enjoy seeing how Elle and Henderson learn to work together to find Helena…and perhaps, their own happy ending.

Through the Fire Blogs, July 27

For the Love of Literature, July 28

For Him and My Family, August 2

A Good Book and Cup of Tea, August 2

Because I said so — and other adventures in Parenting, August 6 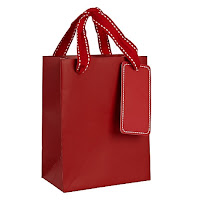 Be sure to comment on the blog stops for nine extra entries into the giveaway! Click the link below to enter.